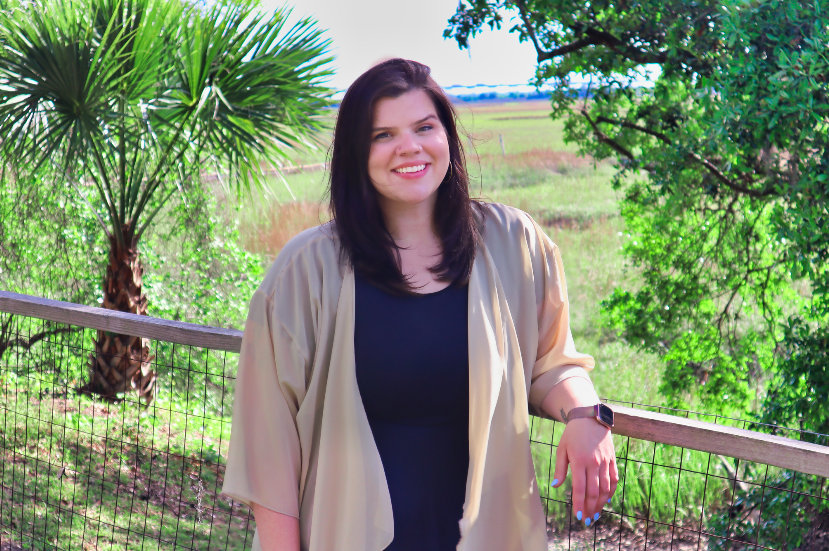 Shelby is originally from Clanton, AL and is from an extremely musical family. She has been singing since the age of three and playing piano since the age of 11. Shelby has a degree in Music Education with an emphasis in Voice from Charleston Southern University. During her time at Charleston Southern, Shelby spent her time performing with the university’s top ensemble, The Concert Singers, where she traveled to many places including: Budapest Hungary and Vienna, Austria. She was also very active in CSU’s Lyric Theatre where she was in many productions including: West Side Story, Dido & Aeneas, She Loves Me, etc.
Shelby has performed as a soloist with the Charleston Jazz Orchestra, The Singers of Summerville, The LowCountry Voices, and the Hilton Head Symphony Orchestra. She was also a featured soloist with the College of Charleston’s project “Contemporary Collaborations.” Shelby not only loves performing as a classical musician, but also being enveloped by the gigging musician scene. She has performed with Charleston Pop Rocks and Emerald Empire Band as a wedding/event singer. Shelby has been teaching music since graduation college four years ago. She has taught Piano, Voice, Chorus, Musical Theatre, Theory, Music Appreciation, Guitar, and more! She is currently working as the Choir Director at Palmetto Scholars Academy in North Charleston, SC and as the Youth Choir Director/Staff Singer at Bethany United Methodist Church in Summerville, SC.
​She is so very excited to be a member of the SC Music Lessons LLC team!
Shelby's Teaching Style:
​
Shelby's teaching style is rooted deeply in ear training and music theory due to her extensive choral background. Shelby believes that a well rounded musician can hear the music before they even play a note!

Shelby has been sought after by schools and companies because of her bubbly personality and notably high expectations. She has been described as "charismatic, funny, and quirky" by past students. Shelby believes that a student is only competing with the past version of themselves and that comparison to others is the thief of joy."  It is okay to not know, but it is not okay to not try!"

Shelby aims to make music fun while also creating a deeper connection to the arts.
Contact Us to Enroll