Guitar, Piano, Vocal, and Composition Instructor
Interested in learning with Nicholas?
​Contact us to schedule your first lesson! 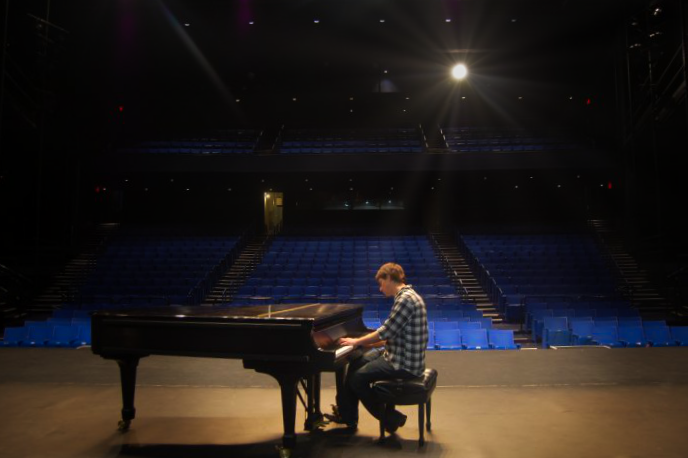 Nicholas, singer-songwriter, found his passion for music at a young age. Since the age of eight, his vocal and piano-driven songs have chronicled his growth in life and as a songwriter with memorable melodies and emotional storytelling. His music has appeared in programs on MSNBC, SYFY, and Netflix, and spins daily on international radio.

In addition to his solo performances, Nicholas has worked as a singer, pianist, producer, and arranger with acts such as Five For Fighting, Adele, and MSNBC’s Joe Scarborough, who he supported on programs like The Late Show with Stephen Colbert and ABC’s The View.

Nicholas’ commitment to creating “music with meaning” inspired the music video for his song “What I’m Here For,” starring his two adopted cats; this in turn inspired his fans to support their own local animal shelters.

In addition to a career as a performer and composer, Nicholas has taught lessons for over 10 years and enjoys the opportunity to invest into the next generation of musicians. In 2021 he married his sweetheart and they moved from New York to Mount Pleasant, SC to begin the next chapter!
Nicholas' Sampler:
0:00 - Country Roads - John Denver
0:25 - What I'm Here For - Original
1:05 - Tale As Old As Time - Beauty and the Beast
1:26 - Empty Coffee Cups - Original
1:58 - All of Me - John Legend
2:32 - Make Time for Christmas - Original
3:10 - Go the Distance - Hercules
Contact Us to Enroll