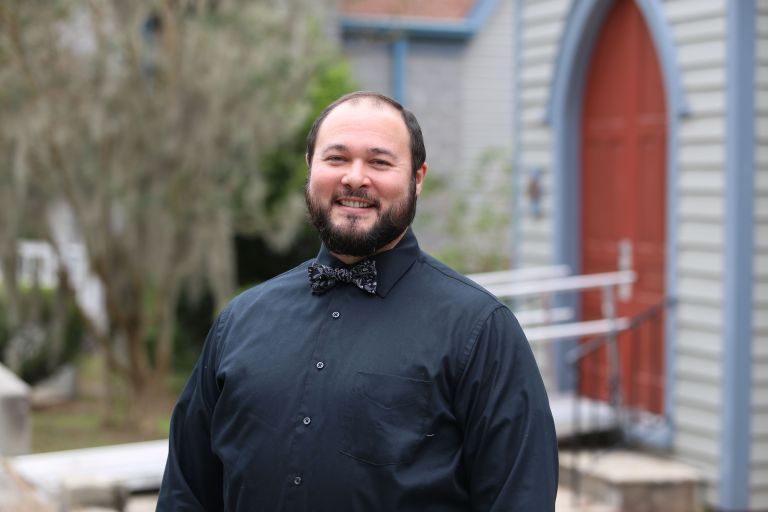 Chad began to experience the joy of music at a very young age and continues to grow in that joy as a musician every day! His parents tell stories of him being a preschooler playing the hymns he heard in church “by ear.” Chad began piano lessons at age 9, became the church pianist at age 13, and began organ lessons at age 14. His teachers understood and embraced the fact he could play the piano and organ by ear and by notes. This gave him the ability to become a solid, well-rounded musician.

Chad graduated from Anderson University with a Bachelor of Music in Organ Performance in 2009. While there, he was student accompanist for the university choir, accompanist for the traveling musical group Radiance, organist at Boulevard Baptist Church, and was given the Most Outstanding Music Student Award for the class of 2009. He also had the opportunity to travel to New York, Chicago, and Washington, D. C. accompanying and performing with various choirs in venues like the National Cathedral and in festivals like Piccolo Spoleto in Charleston.

Chad received his Master of Music in Organ performance in 2012 from Winthrop University. While there, he was
organist / music associate at Saxe Gotha Presbyterian church in Lexington, SC where he accompanied all choirs, directed the handbell choir, and became the assistant accompanist for the Lexington County Choral Society.
​
From 2015 to 2018 Chad was the organist and handbell director at First Presbyterian Church in Hilton Head, SC.
While in Hilton Head, he became the Dean of the American Guild of Organists Lowcountry Chapter, and had the
opportunity to perform with 200 other voices in Carnegie Hall for the performance of Mark Hayes’ International Carol Suites which was commissioned by Chad's church.

Music is considered a universal language: It can reach the heart, mind, and soul.

"Having served in churches and various musical organizations for over 20 years, my teaching style centers around encouraging and inspiring the student to grow musically. No matter if the student is a beginner or more advanced, my goal is to offer what is needed for the growth to happen in a positive, understanding way. Theory, musicality, and other musical concepts are facilitated with proper curriculum."
Contact Us to Enroll